A licence is permission which allows an organisation or business to carry out certain functions on their premises. Each licence has a different purpose, and we can fully advise anyone seeking the following licences. 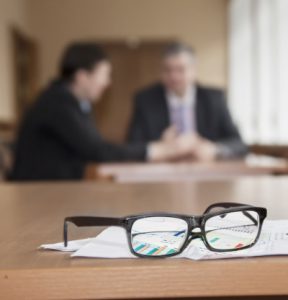 In order to sell intoxicating liquor on a premise , a Licence must be obtained. All businesses such as Public Houses, Restaurants, Hotels and Clubs require a Licence in order to sell intoxicating liquor.  Once they in receipt of a Licence by purchase of same, an order from court then allows such a business to sell liquor for consumption on their premises or indeed sell liquor in an off-licence capacity for consumption off their premises.

The application to operate such a Licence must be made on an annual basis to the District Court and accompanied by a letter from An Garda Siochana and the Fire Authority confirming that they have no objection to such an application being made.  Advertisement in a local newspaper is required as is a requirement for Stamp Duty to be paid on such an application.

Various applications for sale of intoxicating liquor can be made from the commencement of the opening a business, supermarket or to the extending to the existing premises previously licenced or to an application for a late night opening or a public dance or for a temporary event or a restaurant licence.  All applications are dealt with in the District Court.

Lottery licence applications on behalf of an organisation such as Golf Clubs, GAA Clubs are made annually and the purpose of the lottery must be set out in the application and proof of proper accounts must be exhibited to members of An Garda Siochana.  Advertisement of the application must be made and stamp duty is payable thereon.

P.G. Cranny & Co have years of experience in dealing with Licensing Law.  The following sets out a list of types of Licences

Gary Daly & Company have extensive experience in advising clients in relation to all types of transactions relating to licence applications and licenced premises. Some of our clients include well-known and reputable publicans, restaurateurs, convenience store operators and hoteliers. We have previously acted in the purchase and sale of licences premises, planning applications for hotels and publicans, applications for music, singing and dancing licences, special exemption orders, restaurant certificates, renewal of all types of licences and applications for new licences, we have also previously advised on the implications of the licenses in company insolvency related applications such as examinership and liquidation type scenarios.

We offer a full range of advice on the following licences:

A wine retailer’s on-licence is used by restaurants and night clubs. It authorises the retail sale for consumption on and off the premises of wine. Restaurants that hold such a licence can also sell beer once certain conditions are complied with.

A wine retailer’s off licence is usually used by supermarkets and convenience stores as it authorises the sale of wine for consumption off the premises.

A night club can have a wine licence or a publican’s licence.

This type of licence authorises the supply of liquor for consumption on the licenced premises. A number of other criteria apply which we will advise you on in the event you wish to proceed with this type of a licence. This licence is granted to a person in respect of a restaurant of which he/she is the owner and/or occupier and the application is usually made to the Circuit Court.

This type of licence authorises the sale of any liquor for consumption on or off the premises of any liquor which includes spirits and wine. This application is usually made to the Circuit Court.

This type of licence is usually granted to late bars and nightclubs and is granted pursuant to the Public Health Acts Amendment Act 1890 in the District Court within which the premises are situated.

This type of licence is usually granted to late bars and nightclubs and is granted at an annual licence sitting of the District Court.

There are different types of liquor licences available depending on the specific requirements of the business and this allows the licensor to sell intoxicating liquor pursuant to the terms outlined therein.

An application for a Liquor Licence is made to the District Court in the area where a person resides or a business is situated. It is important to note that a person or a company can hold a liquor licence.

This is a licence which allows the licensor to serve alcohol and extend opening hours of its premises after normal closing hours. This type of licence would usually apply to late bars, night clubs and hotels. An application for this type of licence is made to the District Court within which the premises are situated.

The auctioneer’s licences are regulated by the Property Services Regulatory Authority of Ireland.

Should you require more information on Licensing, please feel free to contact us on 01 8422919  or email us at info@pgcranny.ie